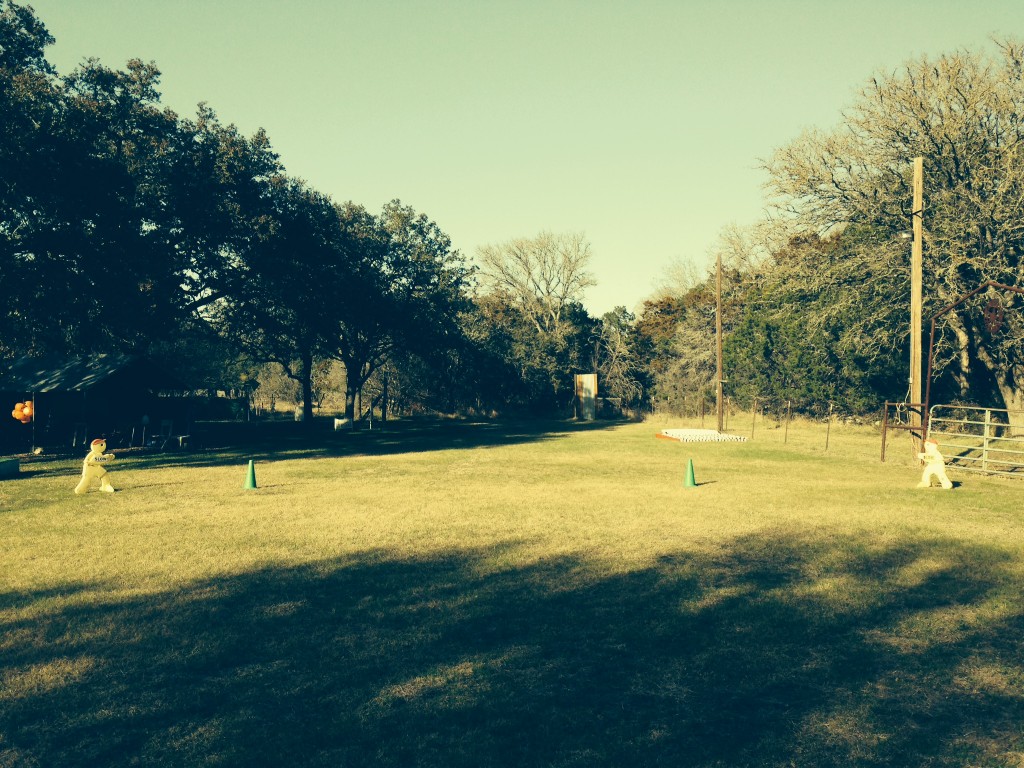 In early trials, the scenario often looked like the following photo. Fairly straight forward placement of the line, with nothing to speak of blocking the dog’s view of the end of the field.

Now, the complexity of this exercise is increasing. Just as examples, here are a few variations that have been seen in trials. 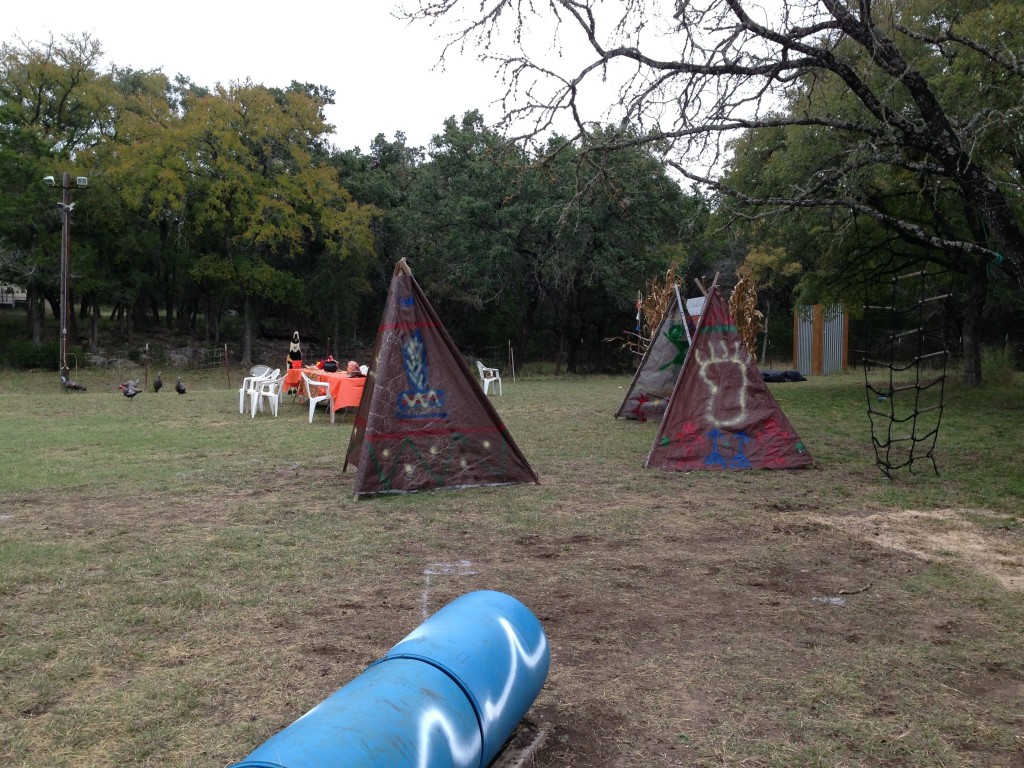 The dog must cross a line, parallel to the starting line, marked by 2 outside markers placed at each end. At 5 meters inside the outside markers, there will be 2 perpendicular lines 1 meter in length to indicate the optimum zone. The markers can be decorative objects (that are part of the theme) The distances are 20, 30, and 40 m respectively in Level 1, 2, 3.

This exercise that has proven to be one of the most difficult to successfully pass, on multiple fields, for many dog/handler teams. In Mondioring, handlers routinely teach their dogs to go away from them, and run to the fence – where a reward of some sort is usually placed. In a trial, the dogs are recalled when they cross the line, and expected to return to the handler (without going to the fence to find their reward!)

The line is marked in the above photo by the red cone. It is in the middle of the field, with the start line back at the other end of the field. Dogs had to run AT the scenario seen in the photo. This completely blocked their view of the fence, where they had been practicing this exercise previously.

Consequently, once this exercise is taught initially, it is quite important to start varying both place and distractions. Many handlers teach a solid cue that indicates to the dog that it is looking at where it needs to go. Some call this a ‘mark’. A well taught mark can be the difference between passing and failing this exercise in a trial on unfamiliar territory.