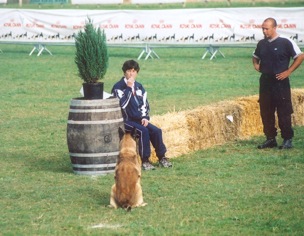 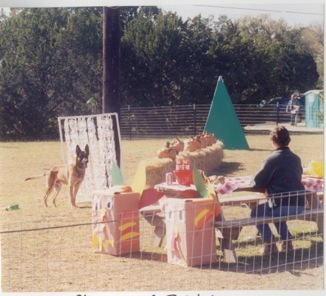 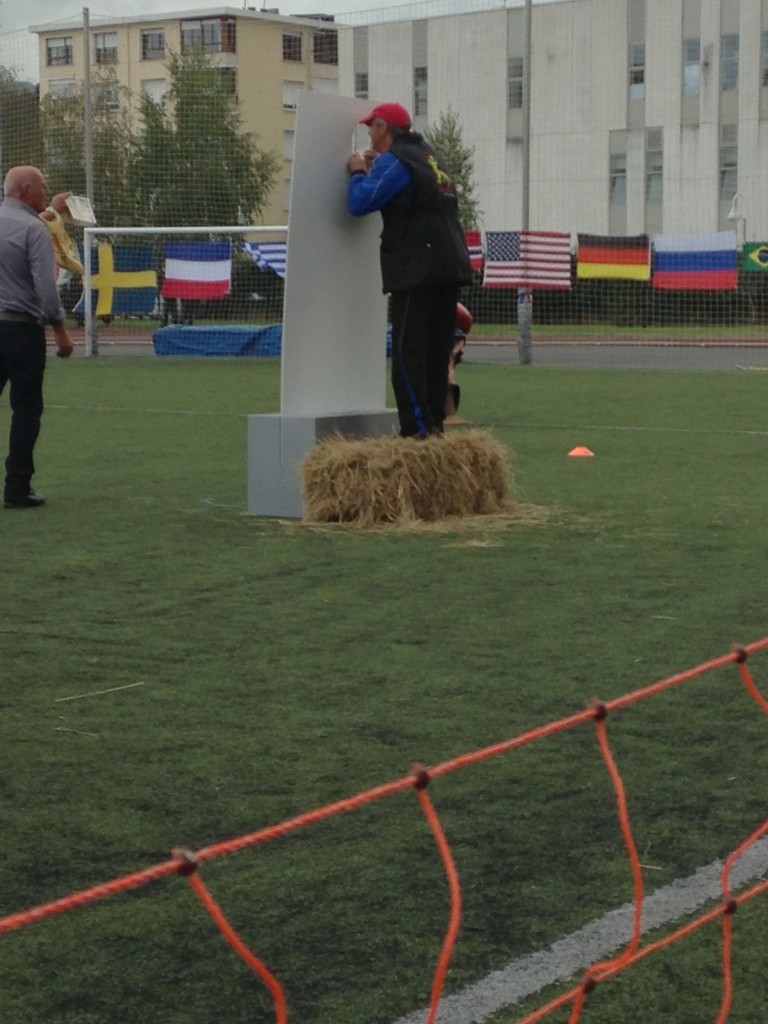 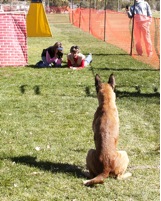 The exercise will take place with the dog on the ground. The dog and the handler must be able to see each other from a distance of 5, 10 and 15m, depending on the level. It is permitted to call the dog by name before giving the positioning command, but it must be spoken only once along with the command. If not, it is a double command.
For each position, the handler is entitled to 2 additional commands. If the dog has not executed the position after the 2 additional commands, the exercise is ended and all points already awarded are kept. Also for the initial position, if the dog changes it, handler must re-command the dog (2 extra commands allowed) The dog that anticipates the position, at one position at least (that which it has just left), may eventually lose another one, if it takes the following position. To avoid a situation where the dog obeys the Deputy Judge’s signal, we propose a “triangle” system of signals (the dog faces away from the Judges and each of the three positions are illustrated on a moveable three sided board).

Account of the exercise See “Instructions Common To All Exercises”. The handler positions himself with his dog sitting at the line of departure. He commands the initial position upon the Judge’s signal, and then leaves his dog after a stay command.

There are some new variations to this exercise.
*First, when you approach the line of departure, you must arrive at the line and tell your dog to SIT. Then, look at the judge and the judge will authorize you to give your dog the position that it will be left in. (Ex….down or stand. ) IF the position is a sit, you MAY give your dog another command to sit/stay. Failure to sit dog and wait for judge’s indication will result in a loss of general allure points.

*It is becoming increasingly common for the judge to have the handler move laterally during each position change. For example, dog left in a sit, handler positions himself with Deputy judge behind. First position given, then handler must MOVE laterally to side and give next position. Often, with a series of persons in a line that handler must stop in front of. Another variation is that handler may have to move laterally from one chair to another.